Dolce and What Did You Say?

My parents live at the mall.  Not in a " wow, you really have a shopping problem" sort of way. But literally. Like in a "if they fall down four floors, they'll be in J. Crew" sort of way.

So we find ourselves in the mall often. We know a lot about this particular mall. For instance, there's a restaurant on the 2nd floor of Nordstrom. Just like several other Nordstrom stores across the country. It's never been busy when we go, but it is very yummy. We find ourselves there every couple of months or so.

After the last time, we decided to split up on our way back to Magah's apartment. Magah and Aunt Ashley took Olyut and the Princess down the escalator because they love it so, while Daddy and I took the stroller down in the elevator.

Along the way, Magah and Ashley got distracted by a gorgeous Dolce and Gabbana lace dress and stopped to give it the admiration it rightfully deserved. Which is all well and good, unless you have two grubby handed children with you.

Which is exactly what my children are: grubby handed.

I'm not exactly sure how. I'm constantly wiping faces and hands. Or supervising while the older two wash their own hands. Or inspecting hands after they've been washed.

But somehow, on any given day, my walls look like this... 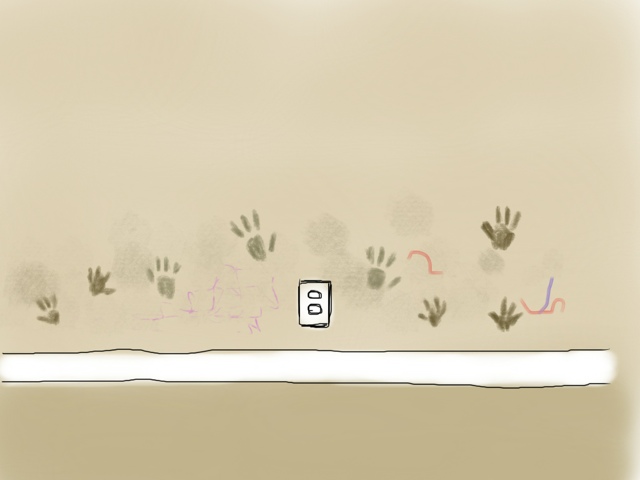 Even if I just wiped down the walls the day before.Which is probably why, when Olyut reached out his little hands to touch that gorgeous,expensive dress, my mom and sister saw.... 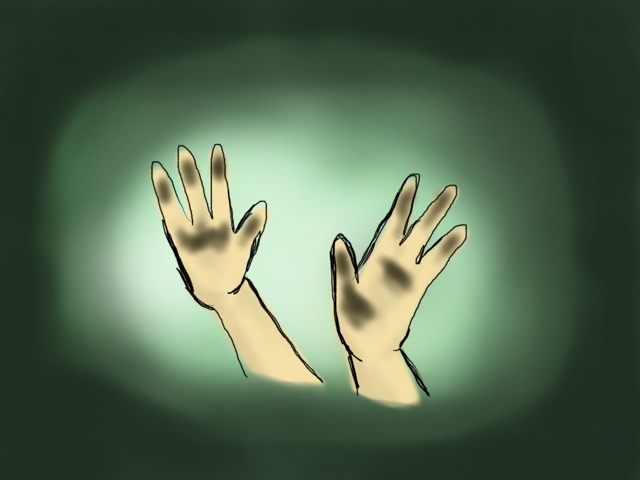 Whether his hands looked like that right then or not. It also explains their synchronized reaction.

To his credit, he actually listened. He stopped dead in his tracks.

He thought that was absolutely hilarious... 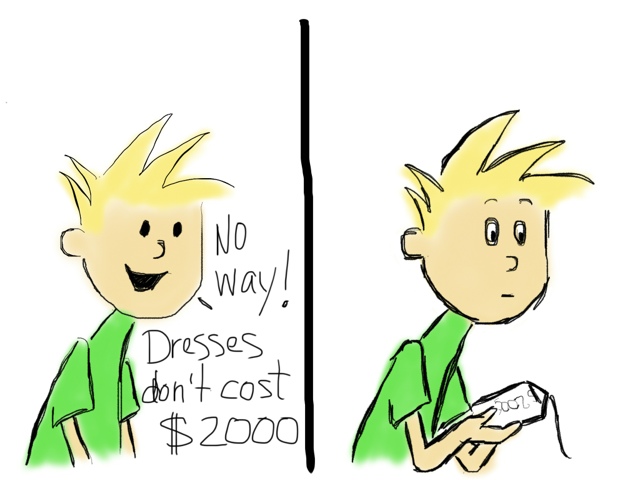 Until my mom showed him the price tag.

There isn't much that leaves Olyut speechless. But a $2000 dress sure did the trick.